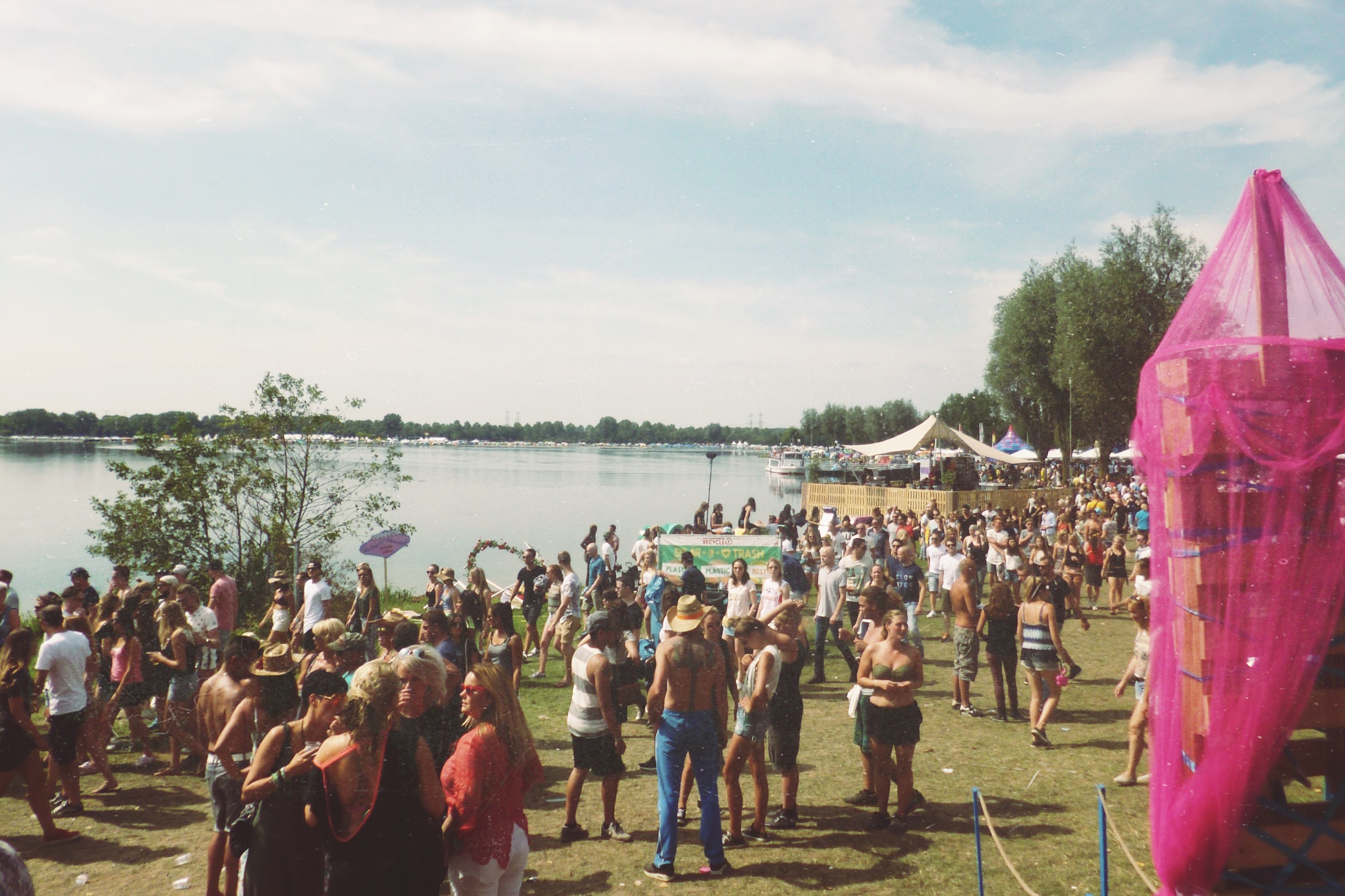 Once a year (this year, it was the 30th of July until the 2nd of August), the terrain surrounding the Maasplassen in Roermond is transformed into one big village. Why? Because of Solar Festival, of course! Solar is an annual festival that celebrated its 11th (!) birthday this year; it’s built on creativity by the many artists and creative people who organize and attend it. This year, the theme was ‘cinema’.

On Saturday, I took the train to Roermond to submerge myself in the magical world of Solar. In Breda, I was joined by a girlfriend and over 3 hours later (including a ride by bus) we arrived at the Maasplassen! Of course, Amsterdam hosts a wide range of festivals, but secretly, I love attending festivals outside the Randstad; I always have the feeling that they have a more relaxed vibe, it’s less about ‘seeing and be seen’. I was curious whether or not this would be the case with Solar, because frankly, I didn’t have any idea what to expect!

As I’ve written before, I’m a big believer in the theory that you’ll have the best experiences if you don’t have any expectations and once again, this proved to be the case with Solar; we had a wonderful day! The weather was lovely (dancing in a poncho because of the rain can be nice in its own way, but I prefer sun and sandals). At the entrance, we immediately encountered Issy, wearing a beautiful rubber tree dress (with real leaves!) and standing next to her old library bus/theatre. We attended her intimate performance Boom van Verlangen, in which she sang wonderful songs she wrote using the audience’s own descriptions of longing and desire. The bus felt like a sauna, but the atmosphere was pure love! Afterwards, we encountered a lovely hippie singing songs by Bob Marley and two dudes with a comedy routine about love, sex and dating. A promising start!

We started to explore the festival grounds and man (this came as a bit of a shock), they were vast! I like to have a bit of an overview when I’m at festivals, but this proved to be quite impossible due to the size of the terrain and the fact that there were so many small areas, corners and stages, every last one offering a different musical vibe and therefore attracting a different audience. Suddenly, I could understand why Solar lasts multiple days; you’ll need them if you want to really experience everything the festival has to offer!

I decided to let go of my need for order and told myself to just go with the flow, Anouk! In this relaxed mood, we arrived at the Trailer Trash camp, where everything was kitschy, except for the party. We also explored the Fijne Snuiters stage at the Apenkooi Gym; you could only enter the stage by hopping on a trampoline cushion! I even encountered our own Zoë on a poster, promoting the metallic flash tattoos you could score at the Sacha stand:

Solar, I had a wonderful time, thank you!

What do you think of Solar? Would you go?