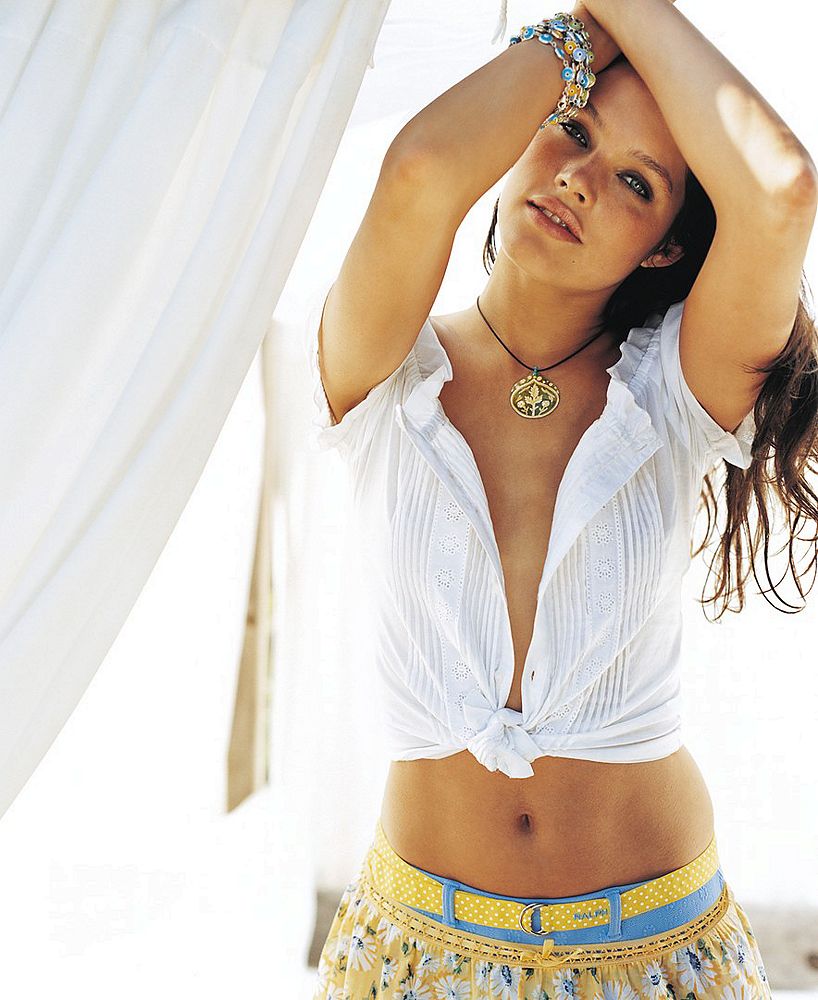 In the 90’s, she was the youngest top model ever: Lonneke Engel. Recently, my attention was drawn to her because of her fight for animal welfare and, of course, her ‘green’ website Organice your life. Just the sort of woman every Modern Hippie needs as an inspiration… So: time for some questions! About healthy living in New York, her model past and the things (and people) that inspire her.

Lonneke was just 13 years old when she walked down the runway in her first fashion show. She became very successful almost overnight, scoring big campaigns with major fashion designers like Ralph Lauren. What that was like? “I didn’t know any better, so for me it felt quite normal. I was a bit of a nerd at high school, very disciplined and well-behaved, but when I was working I wore dresses that cost thousands of euros and walked the runway with top models and rock stars. Eventually, I left school and graduated through LOI [a long-distance educational program, ed.]. These years taught me more than I could have learned at school, though – I met interesting people, saw a lot of the world and of course, there was the money. The downsides: you lose some of your youth because you have to grow up so fast. You miss out on normal teenage experiences and you have to learn to deal with fame and disappointment at an early age.”

Glitter and glamour proved to not be as satisfying as expected, though: “I come from a working class environment and I didn’t grow up rich. That’s why I could see the irrelevance of money when I started making a lot of it at a young age. During the last few years, I saw and experimented with a lot of lifestyles and products; I’ve really been given a chance to discover who I am, what I like and what I want from life, thanks to all the opportunities I was afforded by being a model. My idealistic philosophy developed at a time when I could buy anything I wanted, but didn’t feel satisfied or nourished by this surplus of choice. I didn’t want to be a consumer of all the same, boring products that everyone had, I just wanted unique things that were sustainable for both humans, animals and the environment, and I only wanted to work with people who believed in the same goals.”

Lonnekes interest in nutrition and sustainability (as a child, she already chose ketchup instead of mayonnaise on her fries – which is a rare thing in Holland) led her to study as  a Certified Health Counselor in 2008. Her education and the people she met there were the inspiration for starting her own green lifestyle website, Organice your life. “Organice your life is an ‘online database filled with sustainable inspiration’. I had a Eureka moment when I misspelled ‘organize your life’  one day and thus, ‘Organice your life’ was born. I want to help people organize their lives in a nice and organic way!”

Organice your life is a source of inspiration on any topic, ranging from healthy food to de-cluttering your house to easy work-outs. The articles and tips are not only sourced and written by Lonneke herself, but also by her model girlfriends. Lonneke likes to inspire large groups of people at the same time and Organice your life is the perfect platform to reach her target audience.

When she’s not busy with her website, Lonneke fights for better animal welfare – a cause after my own heart! “From an early age, I loved animals. I bought my first horse, Karolus, with the very first money I’d earned as a model. Back home, we had lots of animals: horses, dogs, cats, goats, chickens… We adopted our first cat, Alaïa, when she was dumped at the riding stables when she was pregnant. Seeing her give birth, and watching the kittens grow up and playing in the house, is one of my favorite childhood memories. I still dream of living on my own farm one day: waking up to the sound of roosters crowing, gathering your own organic eggs and growing your own vegetables, and seeing your horses come running when you enter the meadow… That’s what I remember from childhood and what I want for the future. But right now, I’m living in the most booming city on earth (New York, baby!) with my husband Dirk and my dog Vito [Vito is pictured in the top photograph, which is shot by Lonnekes husband Dirk, ed.], so I have to put my dream on ice for a little bit. In the meantime, I’ve acquired 3 horses in the last 20 years; they’re surrounded with the best care, even if I can’t always be there myself. They’re staying in a great place, with large meadows and comfortable stables.”

“One of my goals is to achieve that animal abuse is punished more severely. Animals are a reflection of who you are as a person and the way you treat them says a lot about you. Animal abuse is often an indication of severe problems in a family or a work situation and the police should be more alert to these warning signs. Also, I think that people should think more about the responsibility of acquiring a pet. An animal is not a product, but a living being. Hopefully, more and more people will look for a pet in a shelter instead of buying them, often on impulse, on shady websites. There are so many lovely pets looking for a forever home!”

Lonneke owns 3 horses: Cooper, U2 and Key West. For the last two years, she’s been involved in legal procedures because U2 and Cooper were badly treated by the stables that Lonneke hired to take care of them. Lonneke has had to face a lot of criticism because of it, but luckily she doesn’t give up. She also keeps fighting for better treatment of every (working) horse. Her motto is: “First they ignore you, then they laugh at you, then they fight you, then you win” (Gandhi). Hopefully, this quote will prove to be prophetic!

Want to know even more about Lonneke? In part 2 of our interview, we’ll talk (among other things) about her dog Vito and Lonnekes plans for the future, so stay tuned!