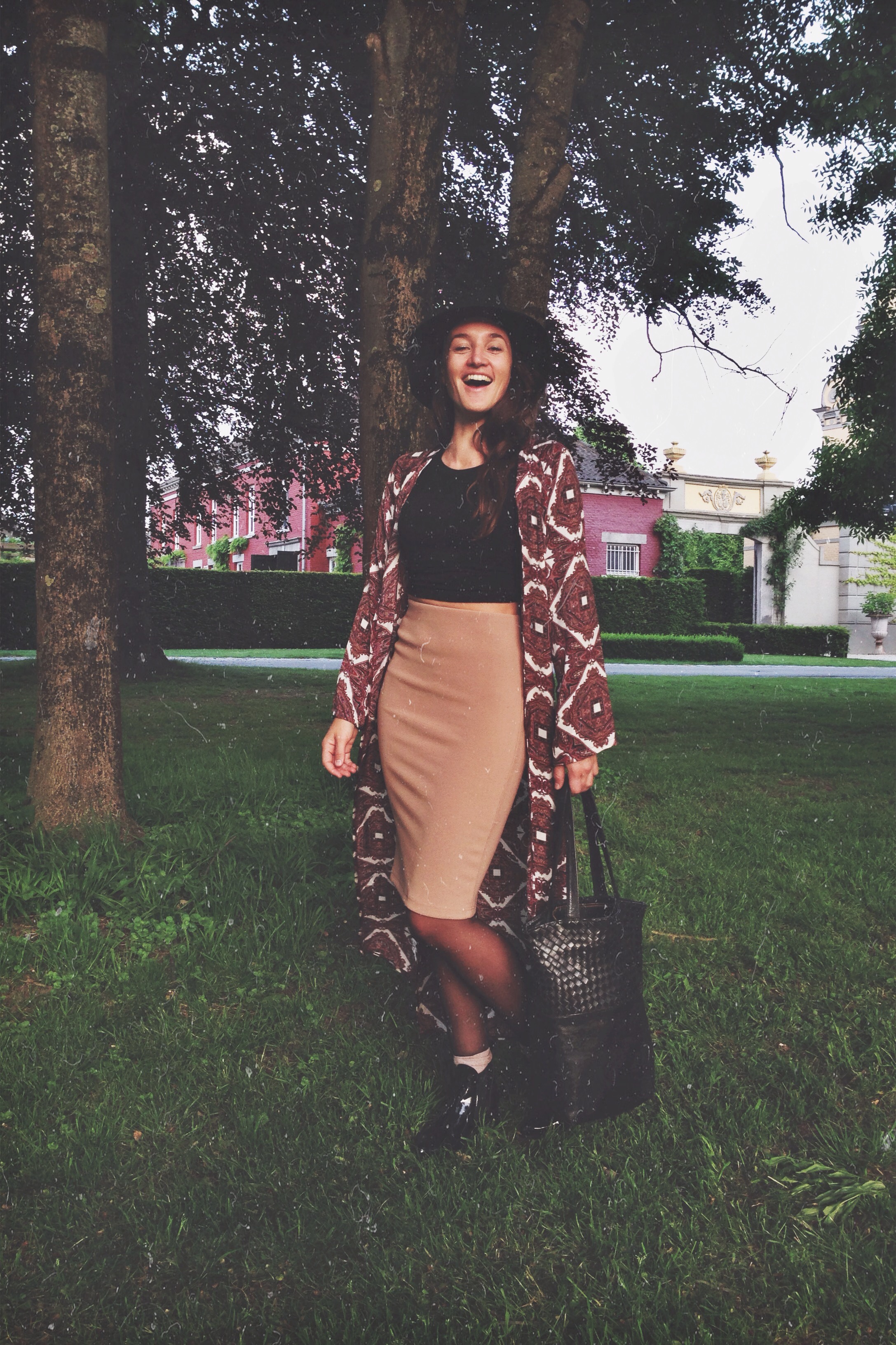 I often get the question what I wear as a “bohemian girl”. Not only in ‘normal’ situations, but especially in specific ones. F.e. to festivals, weddings and business meetings. That’s why I thought it would be fun to share an oufit of mine once in a while, just to share my style and how I deal with certain ‘dresscodes’. I didn’t organize a complete photoshoot for this OOTD, my boyfriend just made a picture with his phone, which – in the end – was pretty awkward which is why I had to laugh so hard.

The dresscode for the wedding was “cocktail”; that’s why I chose a beige hobble skirt with a black crop top. I put on lac low boots – something I usually don’t really wear because of the lac, but gave it that instant ‘wedding-effect’. I love high heels, but I also love to dance – so the low boots were an excellent choice that night! The kimono, the hat, the purse and the ring gave it that bohemian spirit that I like so much.

The masters of ceremonies had a pretty cool idea that night, by the way: they made a picture of you with a polaroid camera, where after we had to put the picture in an album and write a litte personal note next to it. I thought that was pretty darn cute!

Would you like me to share more OOTD’s in the same or other situations? Let me know, of course 🙂